Performing with theatricality and blazing virtuosity, the Gomalan Brass dazzled the capacity audience in the Great American Red ballroom with a program highlighting music by Italian composers. Comprised of principal players and soloists from major Italian orchestras, Gomalan Brass includes trumpeters Marco Braito and Marco Pierobon, hornist Nilo Caracristi, trombonist Gianluca Scipioni, and tubist Stefano Ammannati. The program opened with an arrangement of a Gabrieli Canzona and quickly moved into operatic repertoire with a colorful rendition of “Nessun dorma” from Puccini’s Turandot, in which the solo line is passed around to each member of the group. To the delight of the audience, the musicians also took turns introducing program selections with humorous anecdotes and good-natured ribbing between the trumpets and the low brass.

The genius of Gomalan Brass was on ample display in Marco Pierobon’s medley of selections from Verdi operas. Including excerpts from La forza del destino, Nabucco, La traviata, Il trovatore, Rigoletto, and Aïda (among others), the performance featured brilliant musicianship and elaborate choreography. At one point, the musicians even burst into song! The Triumphal March from Aïda was a particular highlight, as the two trumpeters abruptly stopped playing, jumped off the stage, and ran to back of the ballroom. What followed was a slow procession up the side aisles of the ballroom as the trumpeters taunted each other to play ever louder while moving through the audience. Their colossal sound at incredible volumes was a wonder to behold. Once back on stage, the trumpeters took turns posing as Roman statues on either side of the stage and processing in front of the low brass.

Music by the eminent Italian film composer Ennio Morricone followed in a medley featuring “Gabriel’s Oboe” from The Mission and several selections from “spaghetti westerns,” including The Good, The Bad, and The Ugly. Once again, brilliant playing and entertaining stage action delighted the audience. Highlights included the trumpeters imitating gunfighters in a duel and a beautiful muted solo by the trombonist, Gianluca Scipioni. Morricone’s haunting theme from Cinema Paradiso was also featured. The next piece was an arrangement of silent film music titled Buster Keaton Blues, which featured a solo from horn player Nilo Caracristi, as well as some surprising Satchmo-like scat singing. The artistry and versatility of Gomalan Brass were amazing, as was their stamina, especially considering the continual passion, power, and control with which they performed. Perhaps the lengthy ovations between selections renewed their energy?

The final piece on the program was an arrangement of themes from a popular Italian television cartoon, Lupin the Third, which included a waltz, a rock-flavored tune, and some dancing. Following a thunderous, prolonged standing ovation, the group signaled that the show was not yet over by leading the audience in fast rhythmic clapping and launching into the theme from Austin Powers. Full of infectious, joyful exuberance – and more dancing! – the audience clapped along for the entire piece. The energy in the room was palpable. Following another lengthy ovation, Gomalan Brass treated the audience to a lyrical second encore. (EK) 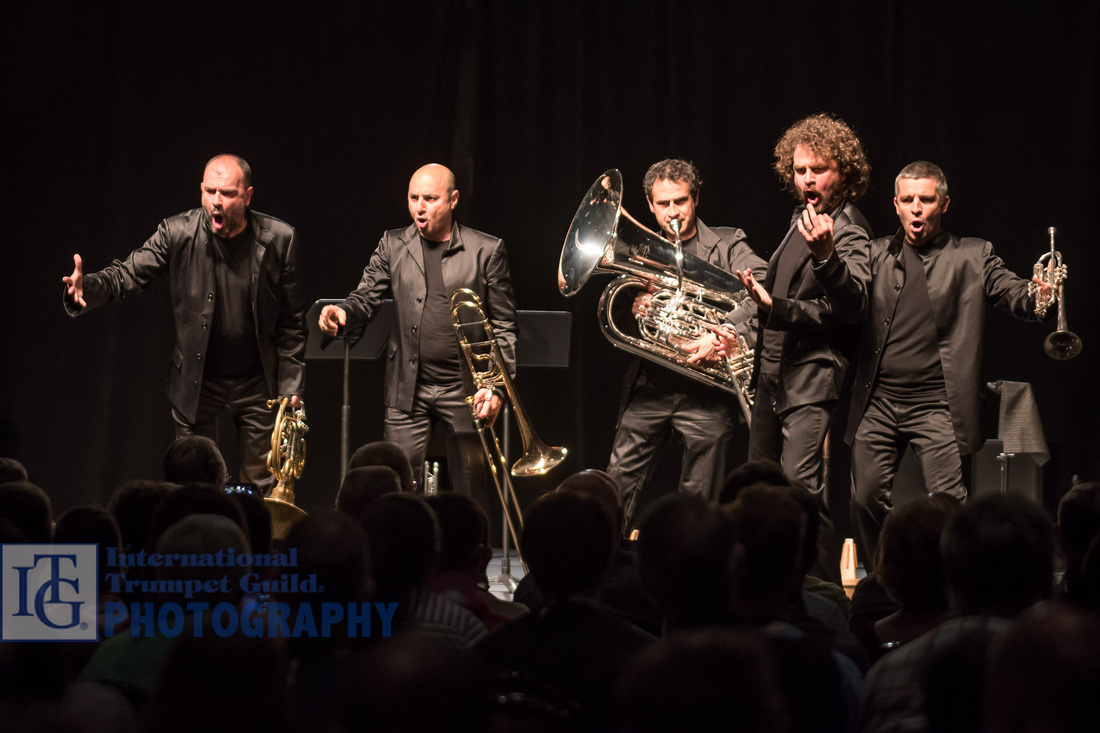 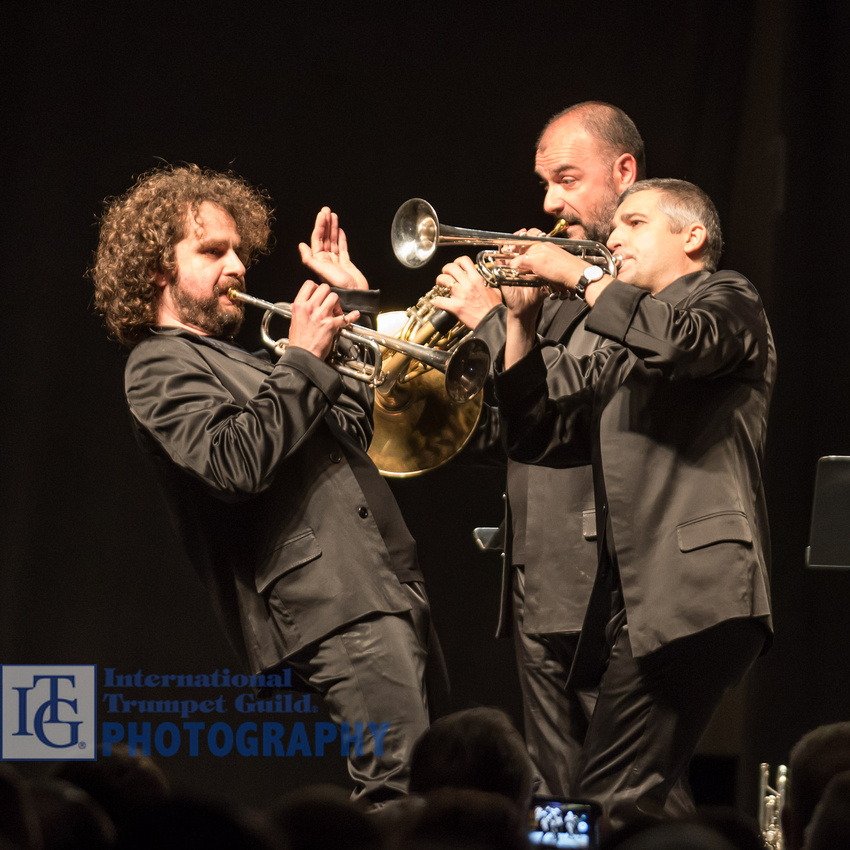 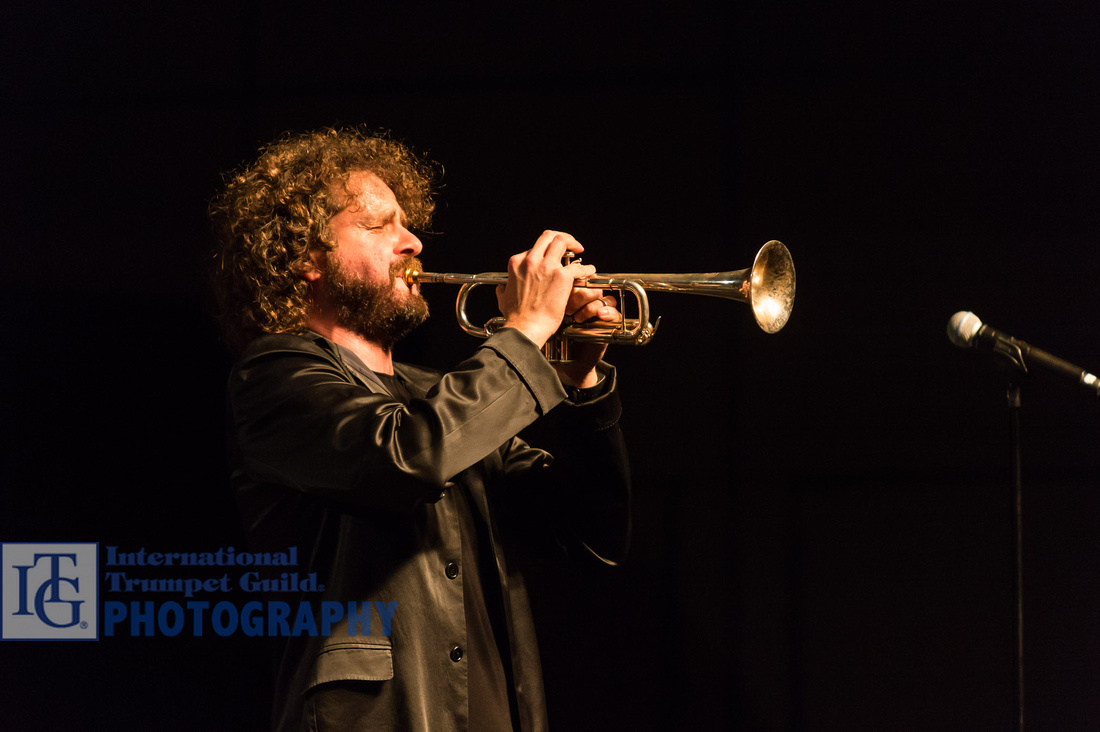 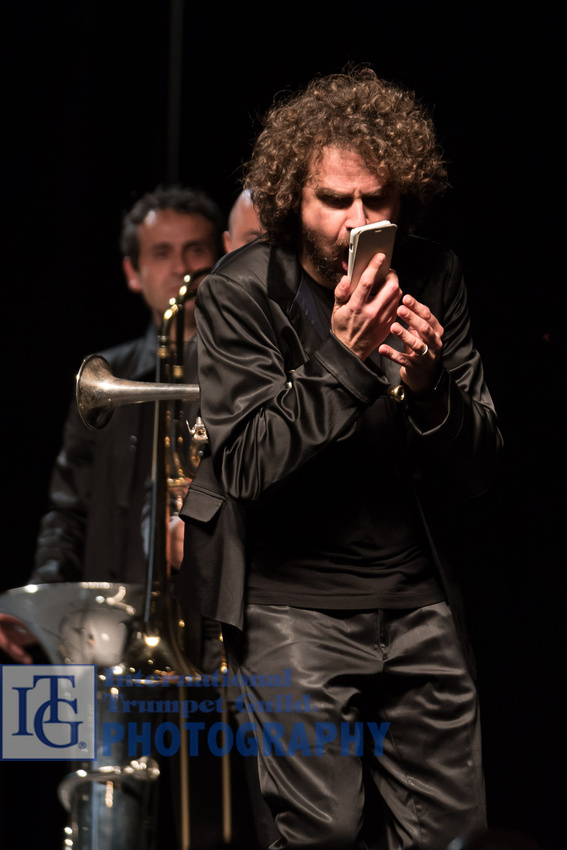 Bria Skonberg, no longer a rising trumpet star, but one whose career as an all-around jazz artist has hit new heights, including a JUNO Award, offered the ITG audience an evening of superior “hot” and swinging jazz trumpeting and vocalizing. Backed by a superb and highly involved quartet, Skonberg and crew let all fly with terrific intensity and unbridled energy. Her program covered a marvelous variety of tempos from the “hot” classics (Louis Armstrong and Valaida Snow) to more texturally presented selections (Down in the Deep and So Is the Day), in which her sweet and sassy vocal approach engaged all. Skonberg’s arrangements of classic and original jazz standard tunes were involving and framed her soaring and swinging trumpet, superior vocal skills, and the ensemble’s outstanding group and solo efforts. This was a perfect close to a marvelous opening night at ITG! (NM) 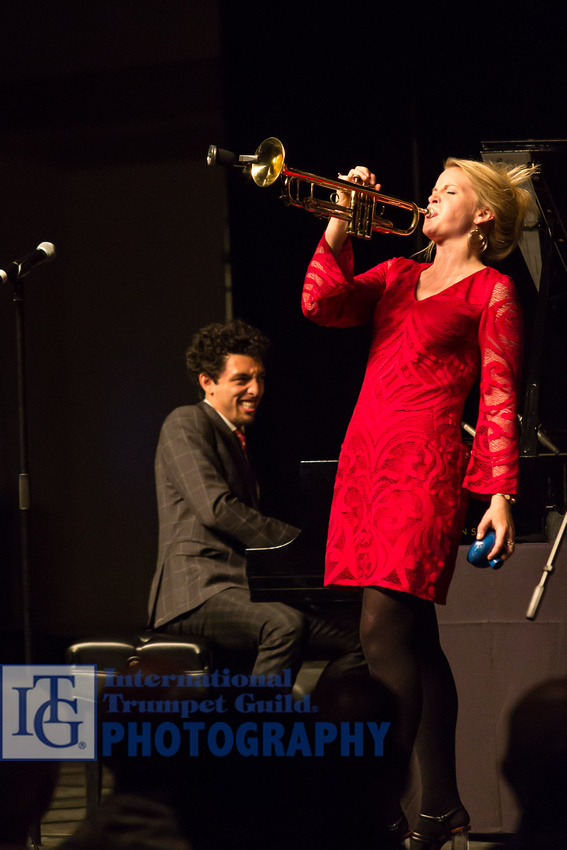 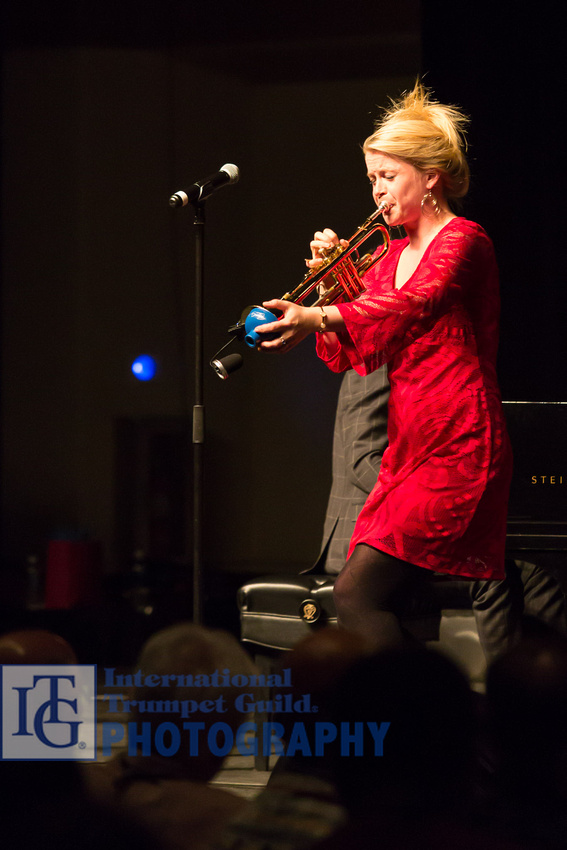