This opening evening of the 46th annual ITG Conference, our first in three years, was filled with the usual sense of eager anticipation of the wonderful trumpet-related events to come over the next four days and five nights. The Hyatt Regency River Walk in San Antonio is a warm, welcoming hotel with great restaurants and historical sights all around. As participants poured in throughout the afternoon, there were plenty of smiles, handshakes, hugs, and laughs to go around. After the opening mass trumpet ensemble fanfare, led by Marie Speziale, and the evening concert featuring Mariachi Nuevo Tecalitlán and the winners of the 2022 Mariachi Vargas Extravaganza competition, the socializing continued with an enjoyable late-night open jam session. Expectations are high for a another memorable conference!

Opening Fanfare: Mass Trumpet Ensemble
The 46th Annual International Trumpet Guild Conference opened with a mass trumpet ensemble performance led by renowned trumpeter/pedagogue Marie Speziale. In solidarity with our Ukrainian brothers and sisters, the performance opened with an arrangement of the Ukrainian National Anthem. The arrangement, by James Olcott, began with a warm, rich solo played by Brianne Borden. The performance concluded with a lively rendition of David Vess’s Cometsong. The percussive, quick-paced, and very attractive piece was a very appropriate start to an exciting, enriching conference. (Nathalie Mejia) 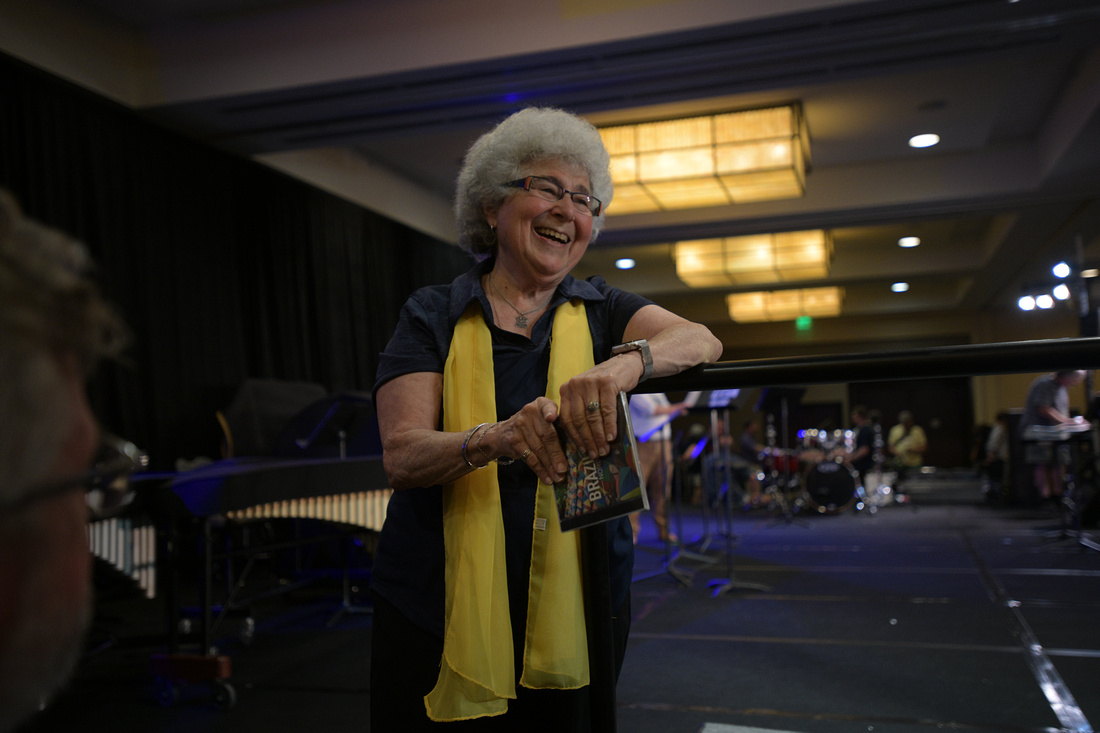 Opening Concert: Mariachi Nuevo Tecalitlán
The opening concert for the Conference will be remembered as not only the first mariachi concert ever to open an ITG Conference, but also as one of the liveliest. The energy from the performers on stage instantly connected with the audience to create an excitement that fueled the concert from start to finish. 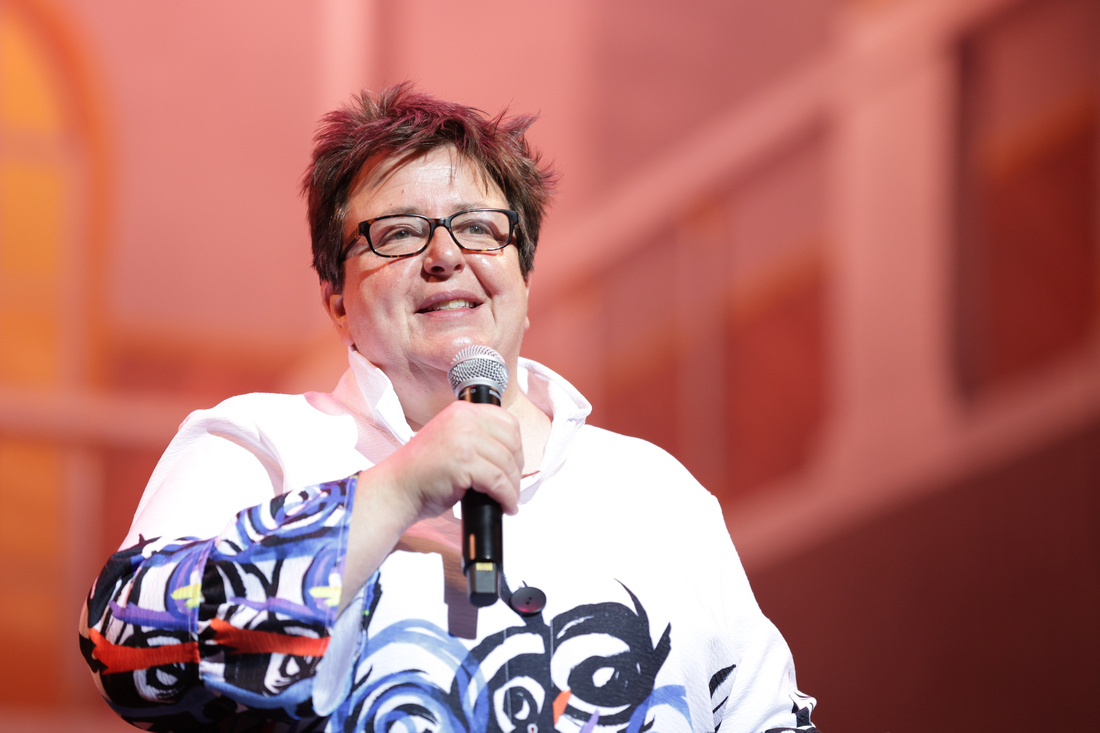 Before Mariachi Nuevo Tecalitlán, the evening’s headliners, took the stage, ITG President Jason Bergman welcomed everyone to our first in-person Conference since Miami in 2019 and presented the ITG Honorary Award to David Bilger, who has just retired after 27 years in his principal trumpet position in The Philadelphia Orchestra to become Professor of Trumpet at Northwestern University's Bienen School of Music. 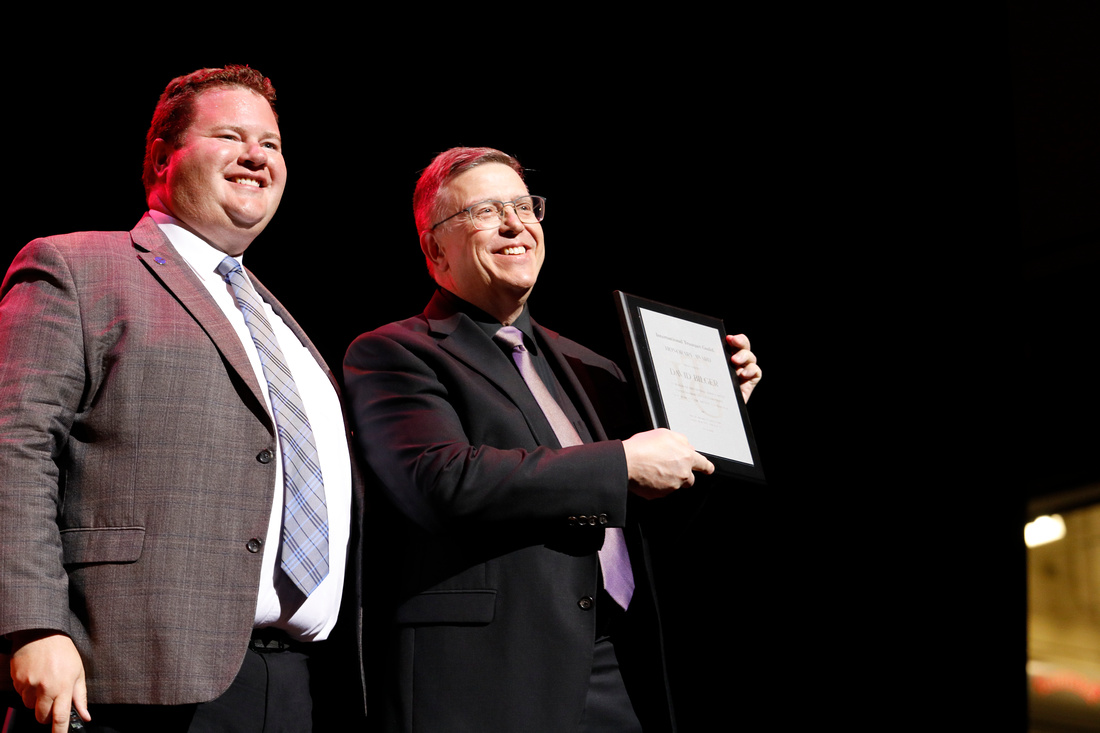 Following that presentation, the student winners of the 2022 Mariachi Vargas Extravaganza performed. The groups Mariachi Escandon from Roma Middle School, Mariachi Cascabel from Rio Grande City High School, and Mariachi Plata from the College of Southern Nevada performed. All of the student groups displayed a highly impressive  level of musical maturity and artistry, delivering first-rate performances.

Mariachi Escandon’s opening tema was full of beautiful chords and high energy, showcasing their highly polished sound: beyond the expectation of a typical middle school ensemble. They then performed El Astillero with refined duets, featuring a commanding trumpet solo with the soloist performing like a seasoned veteran. 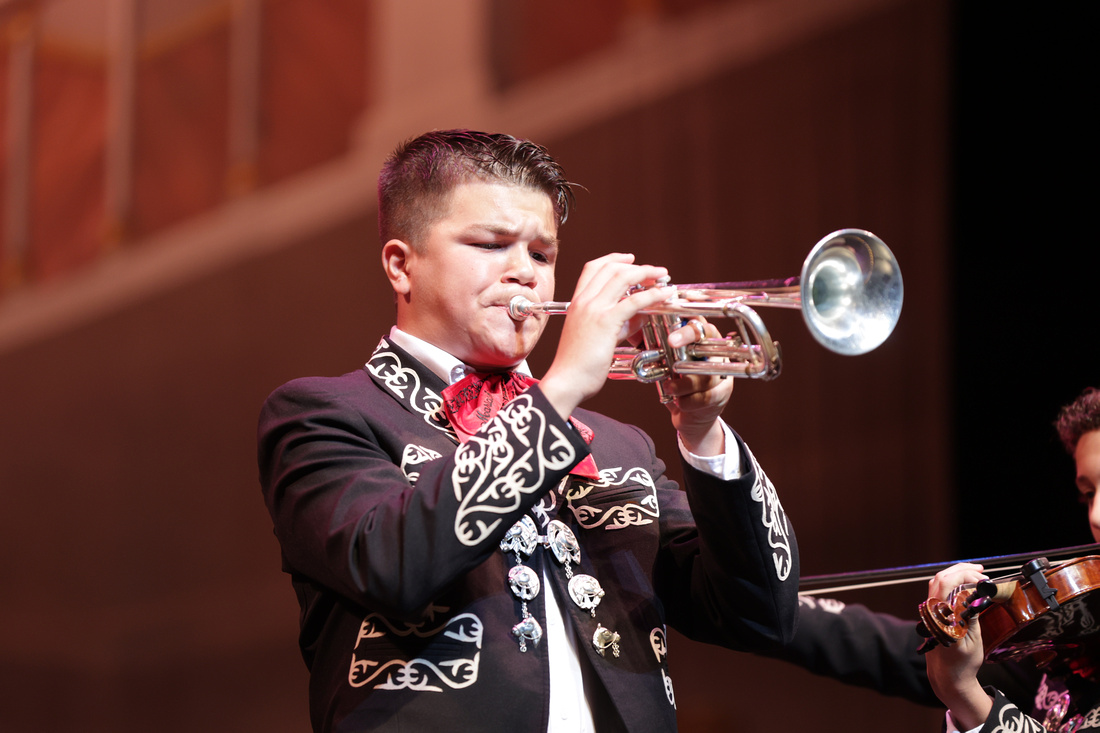 Mariachi Cascabel accompanied the winner of the Vargas high school vocal competition, Melanie Olivarez from La Joya High School. Olivarez came out with immense power, with her voice filling Lila Cockrell Auditorium with her opening of two pieces, Los Laureles. Mariachi Cascabel performed three more songs on their own that highlighted impeccable trumpet work, fantastic rhythmic groove, and great singing by the soloists and the ensemble. 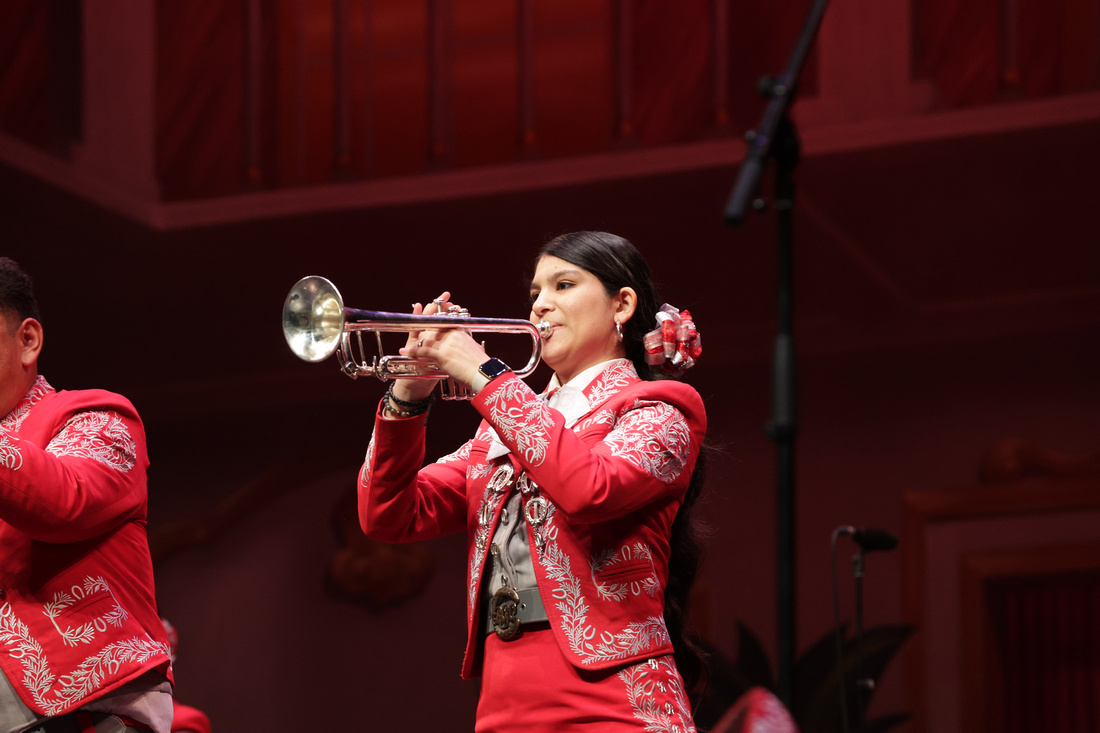 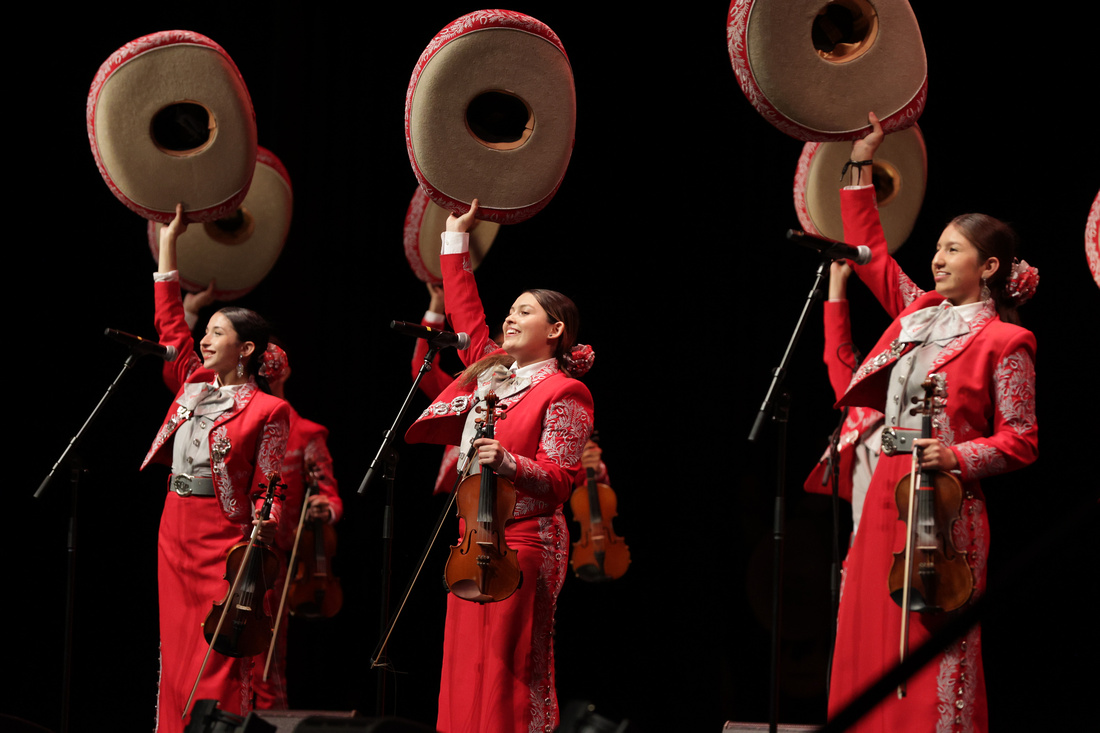 Mariachi Plata was the final student group. Their male soloists on Que Linda es Mexico drew the audience in with true mariachi charisma. Popurri de mi tierra gave the trumpets an opportunity to dazzle with their precision. 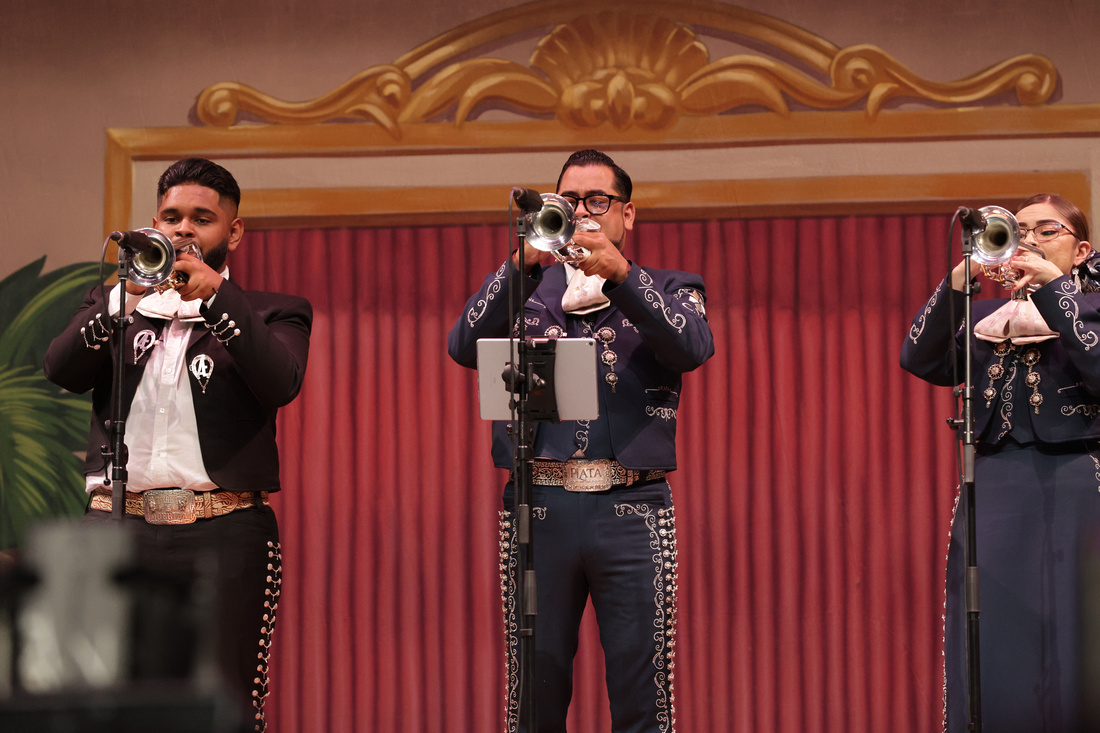 As polished as the Vargas-winning student ensembles were, Mariachi Nuevo Tecalitlán’s performance demonstrated why they are one of the top mariachis in the world. Their performance was specially crafted for the ITG crowd to be heavier on instrumentals - and especially la trompetistas. With a connection to current events, the first song after the tema was Amor Eterno, dedicated to those affected by the tragedy in Uvalde, only 80 miles from San Antonio. The audience all turned on the flashlights on their mobile phones to participate in the dedication. Mi Amor es una trompeta and Paso dobles were major features for the trumpet trio and drew in the audience with their treatment of melodies familiar to all trumpet players - even those who are not mariachi aficionados. One of the more fun songs of their set was El Niño Pedido, (The Mischievous Child). The trumpeters went to different sides of the auditorium to perform interludes while walking gradually back to the stage. Their performance closed with a showpiece that demonstrated the incredible virtuosic prowess of these musicians. The solos by the violins, arpa, and trumpets would have been inspiring to even the most staid of audiences. The crowd immediately leapt to their feet, demanding more. 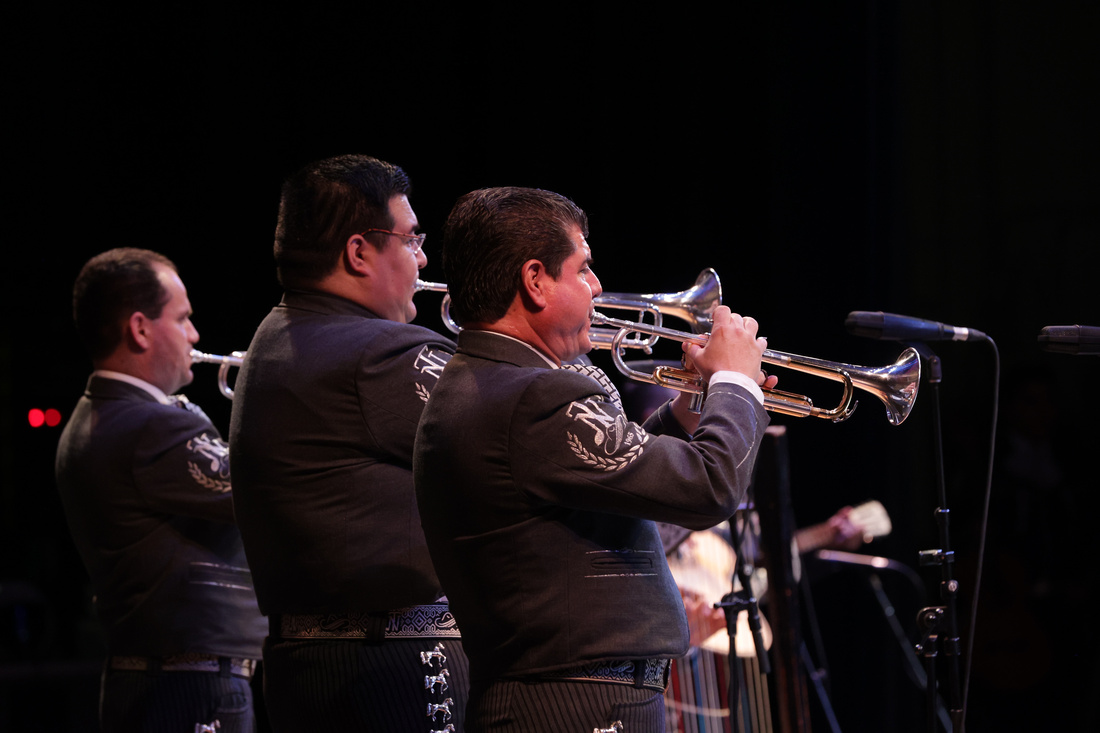 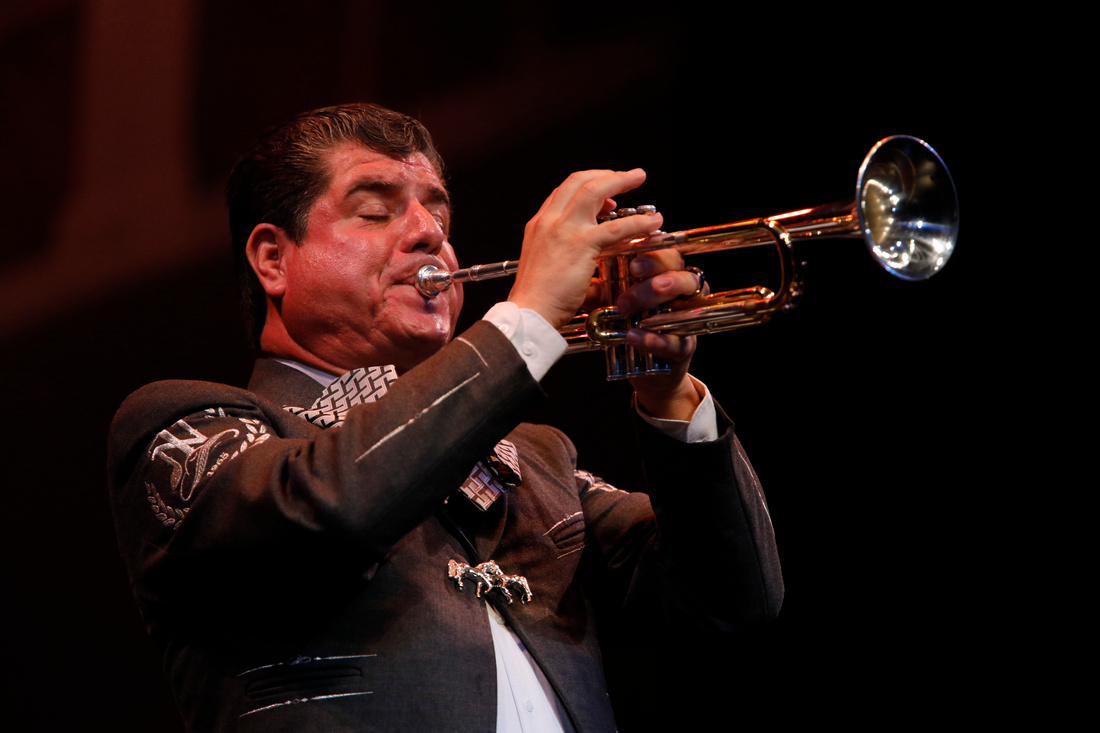 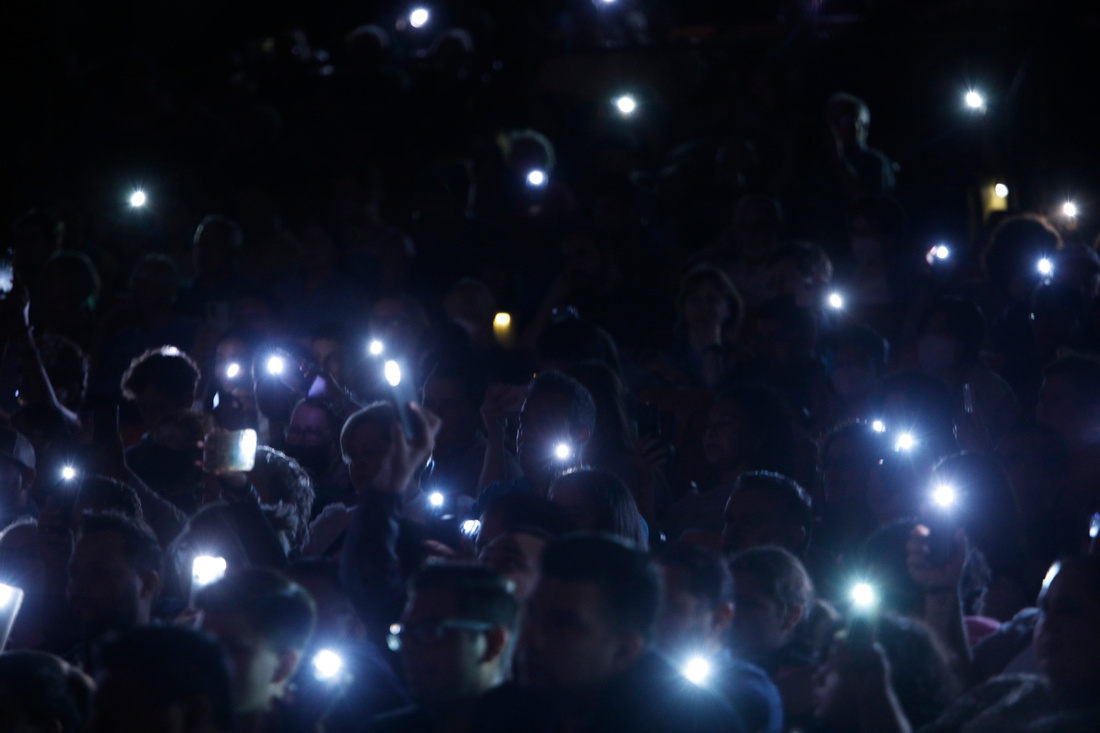 Given the top-level performances and enthusiastic engagement of the audience, concerts and experiences like these should continue to be cultivated by ITG. (Kyle Millsap)

Jam Session: Trent Austin
Trent Austin opened the first Conference late-night open jam session with a Dave Brubeck tune featuring Mike Frank on piano, Peter Paulsen on bass, and Larry Marshall on drums. With his jovial and energetic personality, Austin created a cool, relaxed, and welcoming atmosphere for the session. Philip Dizak and Rich Willey were up on the next tune to solo, followed by a strong showing from several college students and some older, more experienced players. Austin did a fine job getting people to play and have a good time, and it all turned out very well for a highly enjoyable first jam session of the Conference. (Nathan Shadix) 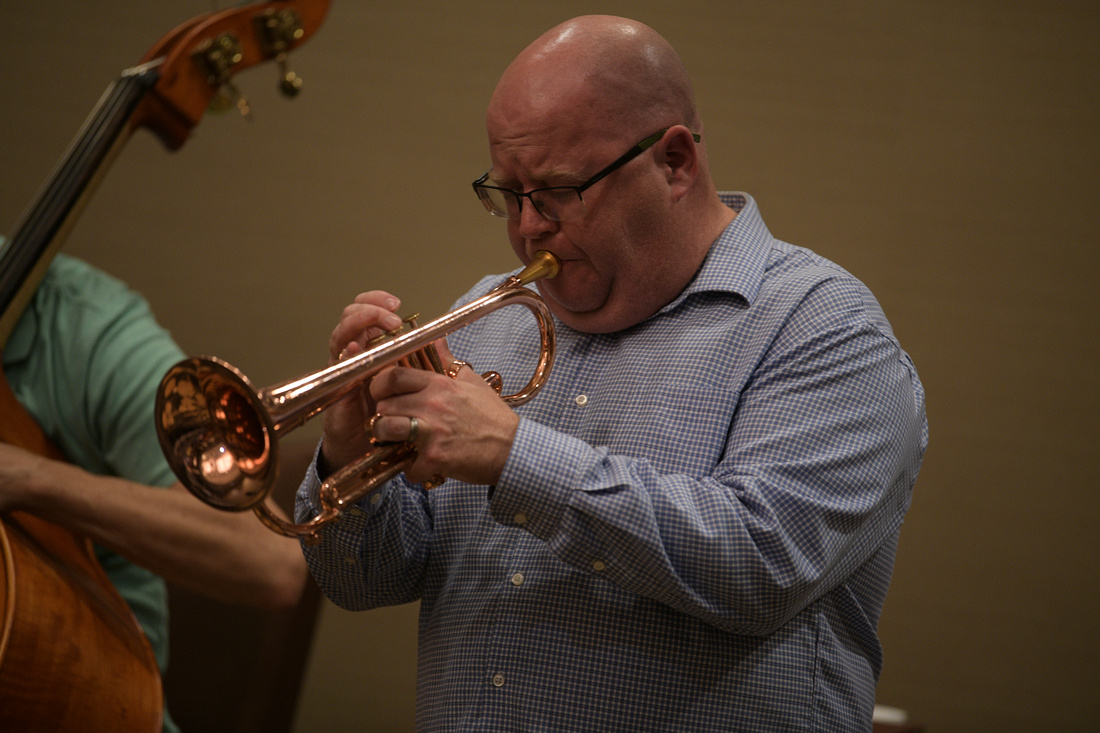 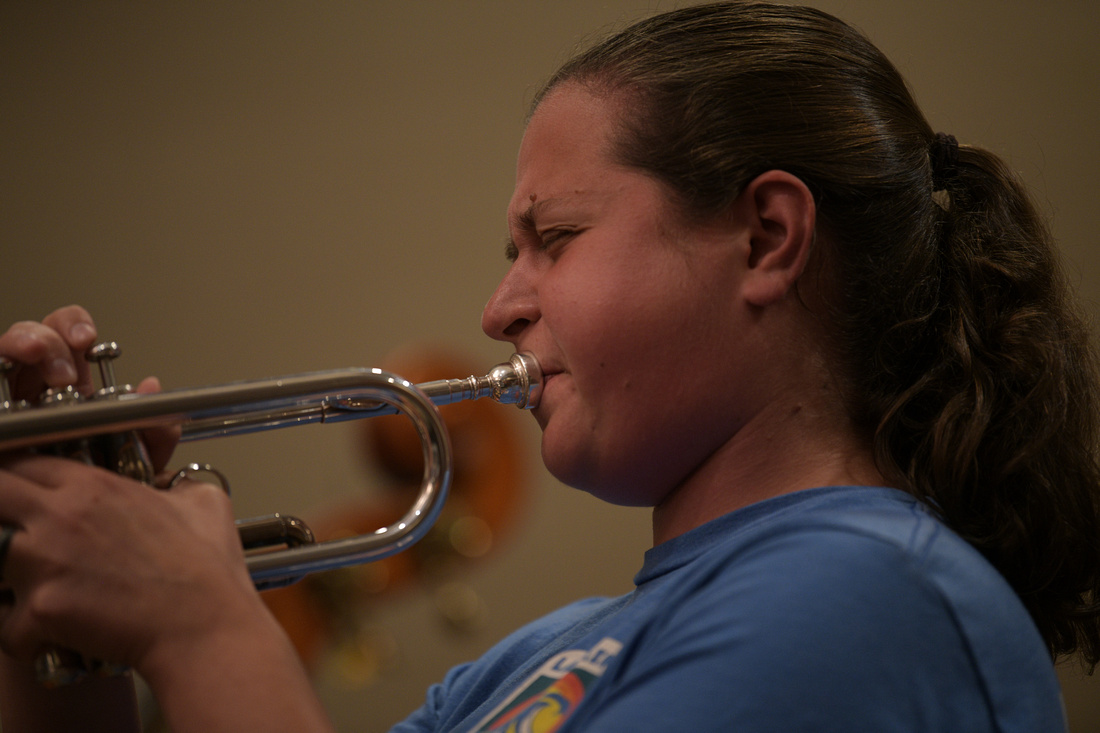