Student Meet & Greet Reception
A warm Miami sunset on the river provided the backdrop for the International Trumpet Guild's Student Reception early Saturday evening. Students from around the world gathered to meet, greet, and eat together after a busy weekend of musical activities. Students were encouraged to talk to new people and discuss their favorite parts of the conference. During the event, Grant Peters encouraged the students to talk with him should they have any suggestions for the bettering of next year's conference. By doing this, he invited them to continue to carry on the legacy of the organization by participating in various ways in the future. A raffle drawing seemed to be the highlight of the night as many students walked away with generous gifts from the conference exhibitors. Over 100 students attended this exciting gathering. (ED) 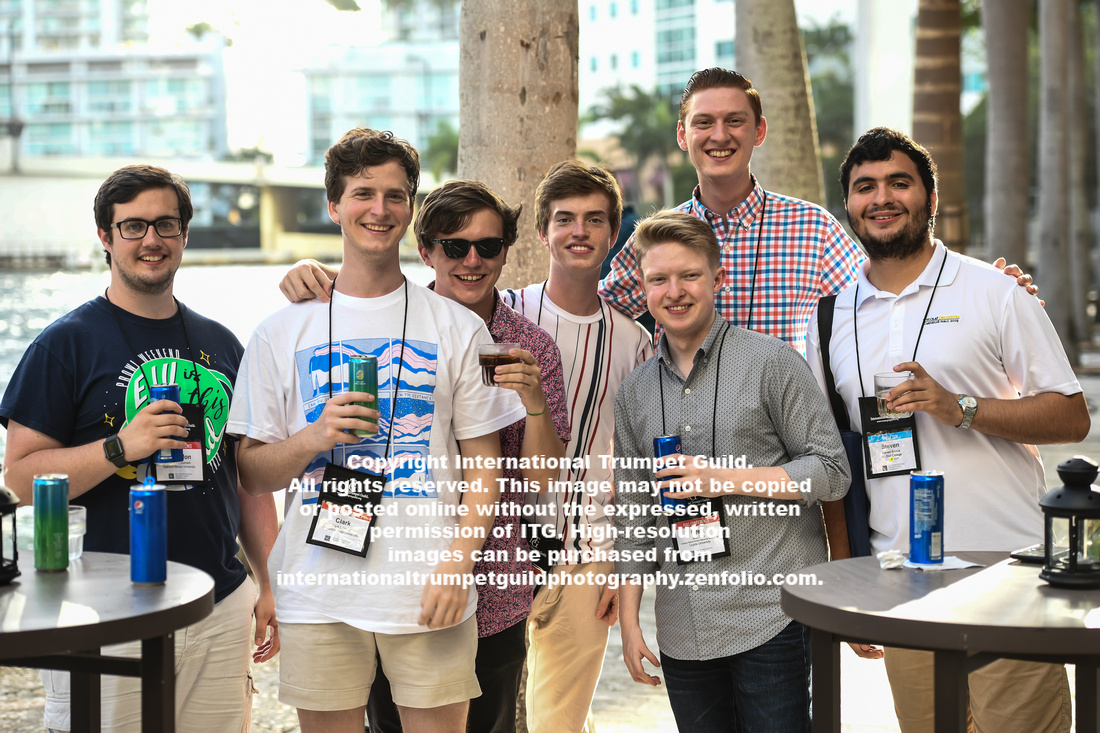 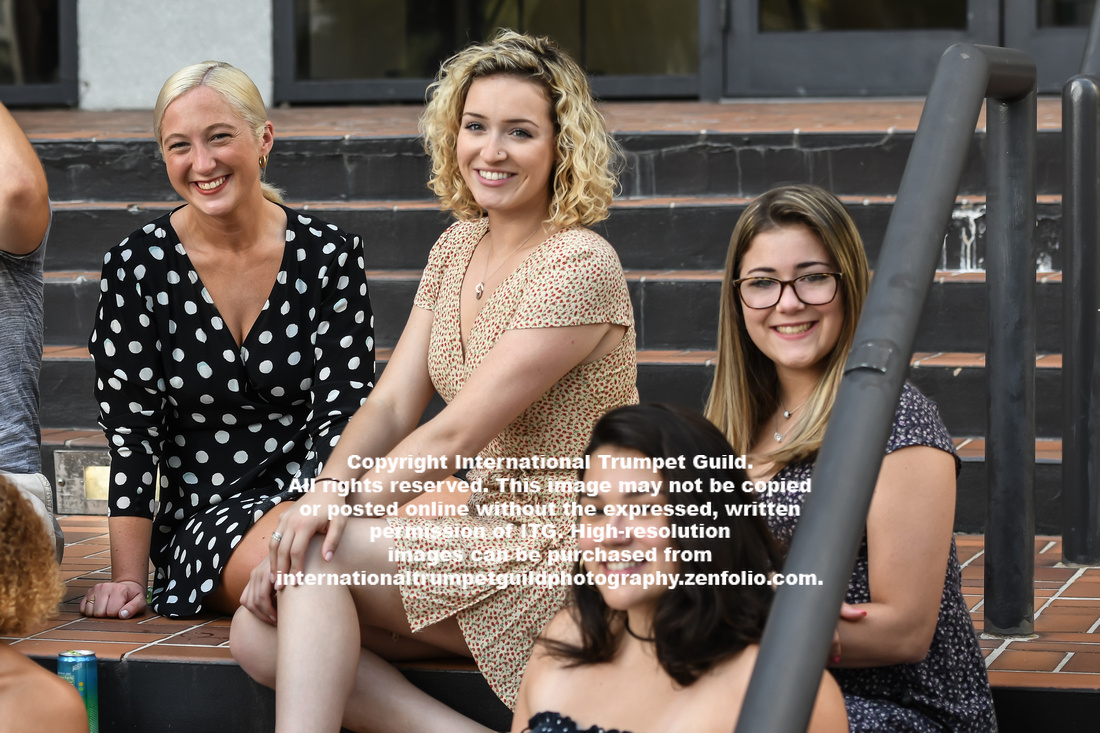 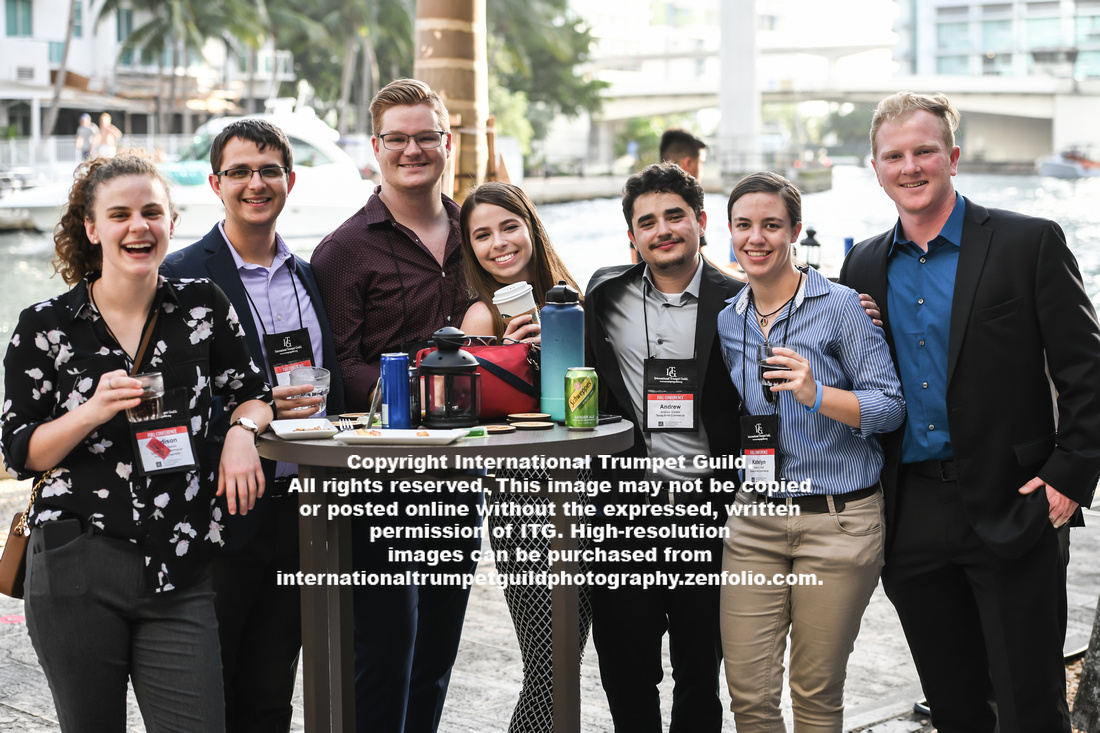 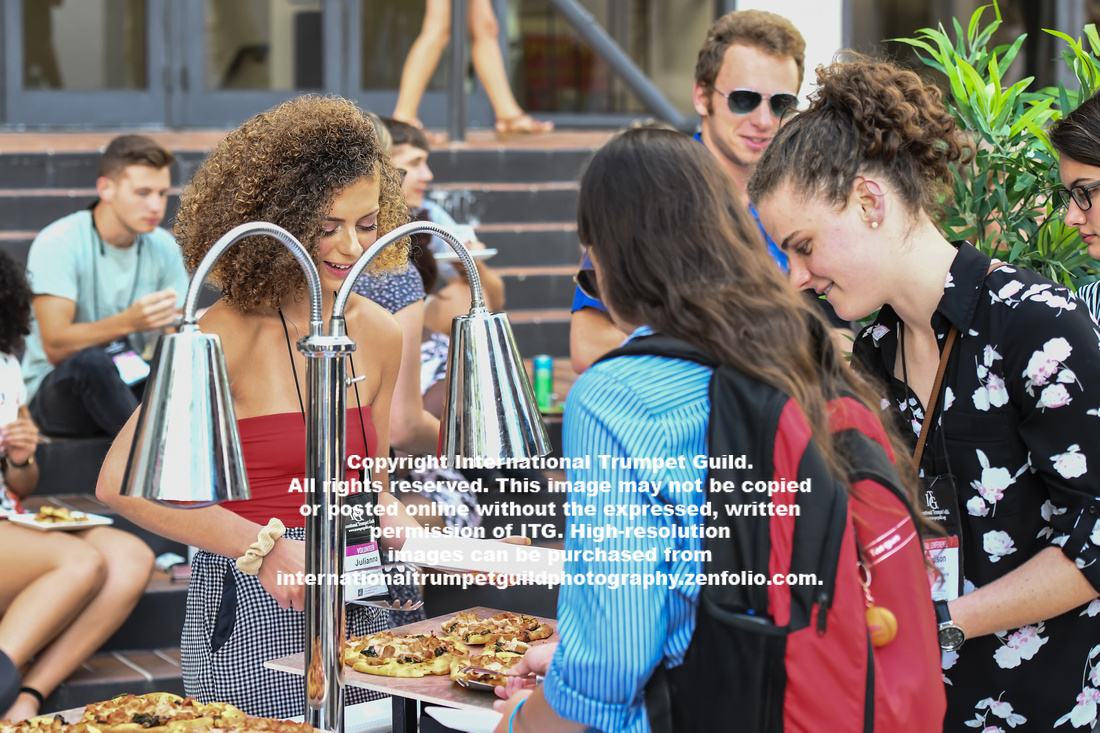 Salsa Night with Jose Sibaja, Carlos Oliva and Los Sobrinos del Juez
What better way could there be to close out an International Trumpet Guild Conference in Miami than with a night of sizzling salsa?! From the very outset of tonight’s event, the stage of the James L. Knight Center was on fire with the sounds of Carlos Oliva y Los Sobrinos del Juez (The Judge’s Nephews). Making up the band were Richard Bravo (drums), Charles Santiago (timbales/percussion), Manuel Torres (conga), Omar Hernandez (bass), Jackson King (keyboards/vocals), Javier Concepción (keyboards), Camilo Valencia (flute/EWI/saxophone), Teddy Mulet (trumpet/trombone), Jason Carter (trumpet), and the leader of the band for 52 years, Carlos Oliva. Joining them on stage as the host for the evening was Yamaha Performing Artist, Boston Brass member, and trumpet virtuoso, Jose Sibaja.

As the timbales sounded from a blacked-out stage, the energy began to build. Joined shortly by the congas, and soon by the remainder of the band, performing an original Los Sobrinos del Juez guaguanco, it was clear that the audience was in for a great time. Frontman Carlos Oliva’s electrifying energy, combined with a band that utterly defined “groove,” immediately sent audience members onto their feet, with most never returning to their seats. The eclectic set list, which combined both popular salsa tunes like Bomboleo and Kimbara with popular music from decades past, including The Ides of March’s Vehicle, Tina Turner’s Proud Mary, the Rolling Stones’ Satisfaction and The Isley Brothers’ Shout, was an exciting mix that never ceased to surprise the audience and kept the dancers moving until the final high notes of the night rang out.

A particular highlight of the evening, and a moment when the tenor of the party began an exponential rise, was a medley of tunes by K.C. and the Sunshine Band which saw the legendary Doc Severensen lead an army of dancers to the front of the hall and then pick up a trumpet to join the section on stage. Before long, the performance became an all-out jam session, with the trumpet section growing to include New Orleans-based trumpeter and Trumpet Mafia leader Ashlin Parker, the Royal Canadian Army’s Naden Band trumpeter Miguel Valdes de la Hoz, and Everton Bailey.

The band’s final tune, Yayabó, inspired nearly the entire audience to dance their way around the Knight Center in a traditional Cuban conga line. In the words of Jose Sibaja immediately after the concert, “it just turned into a big party.” And that, ladies and gentlemen, is the only way to end a gathering of trumpet players from around the world. (TT) 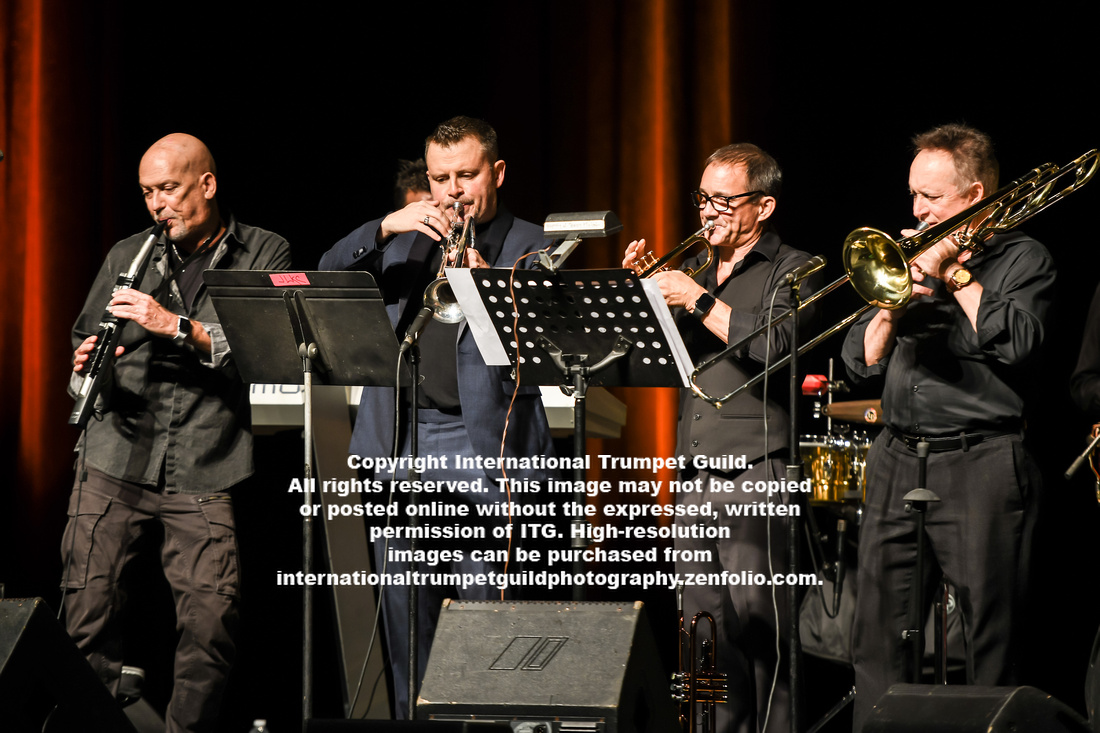 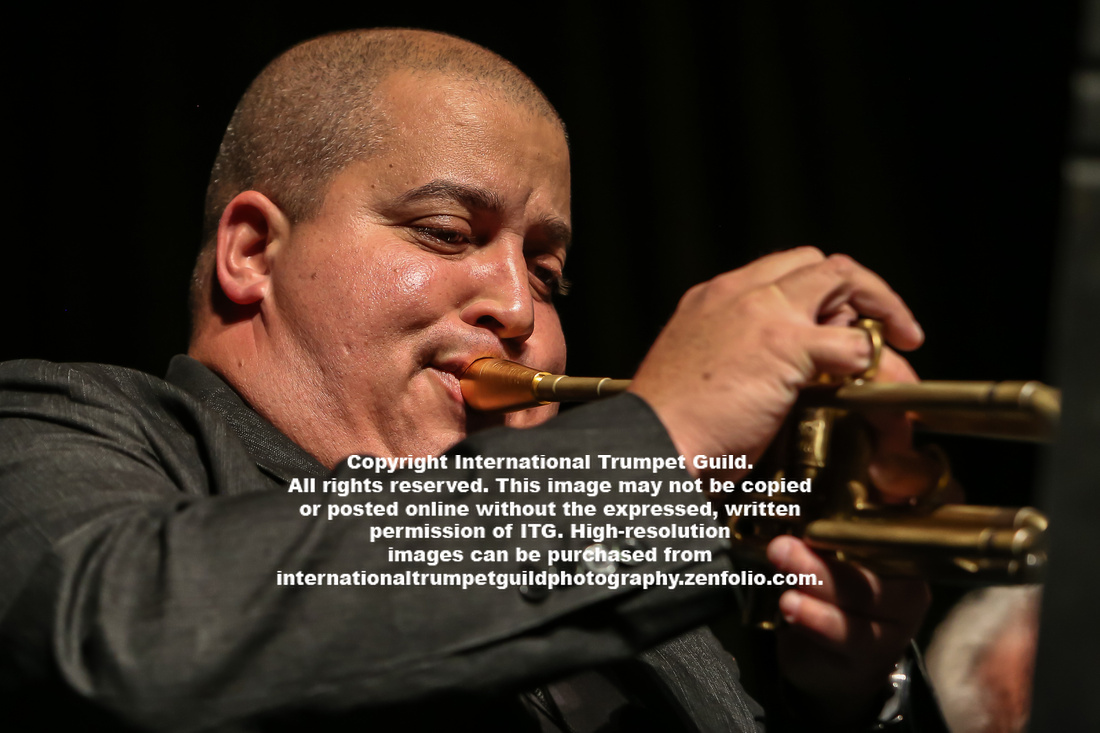 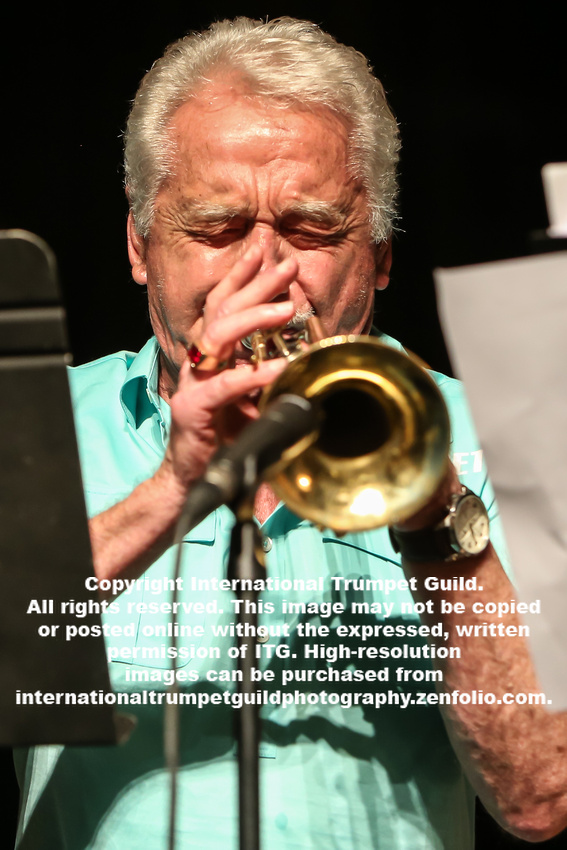 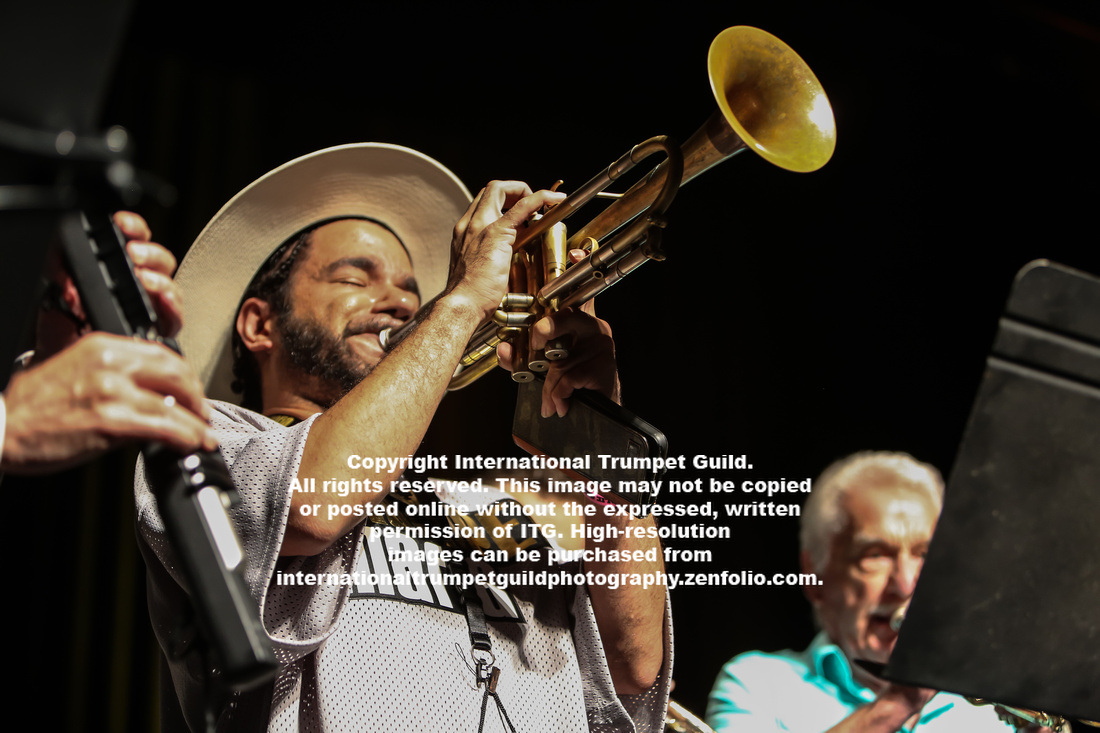 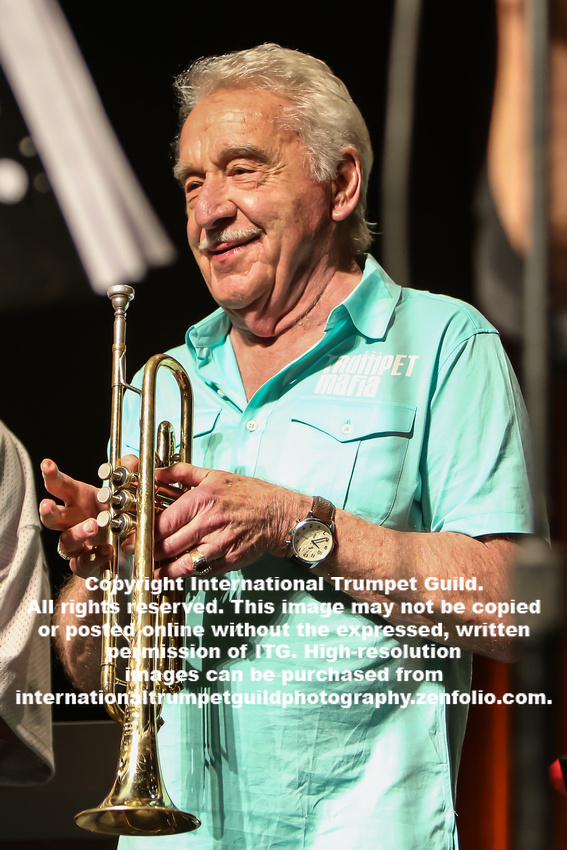 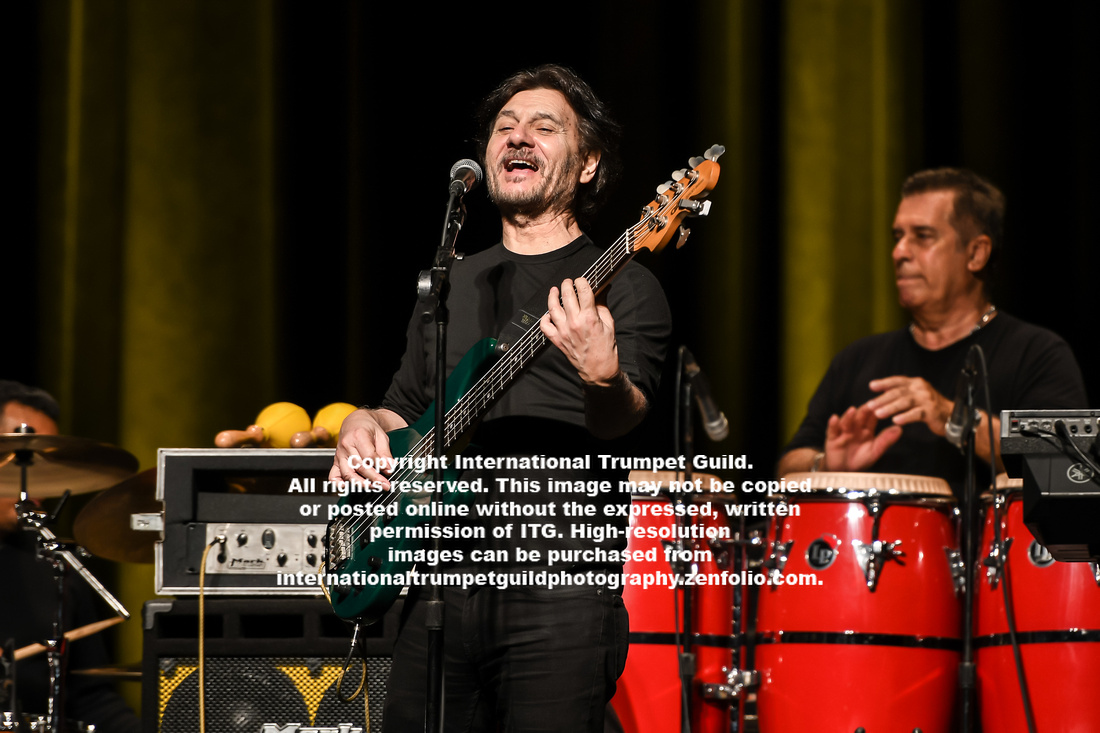 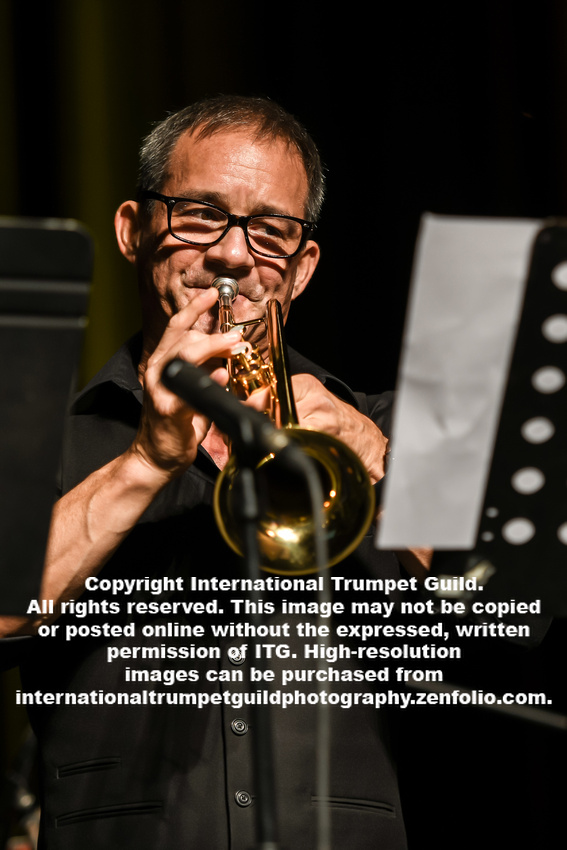 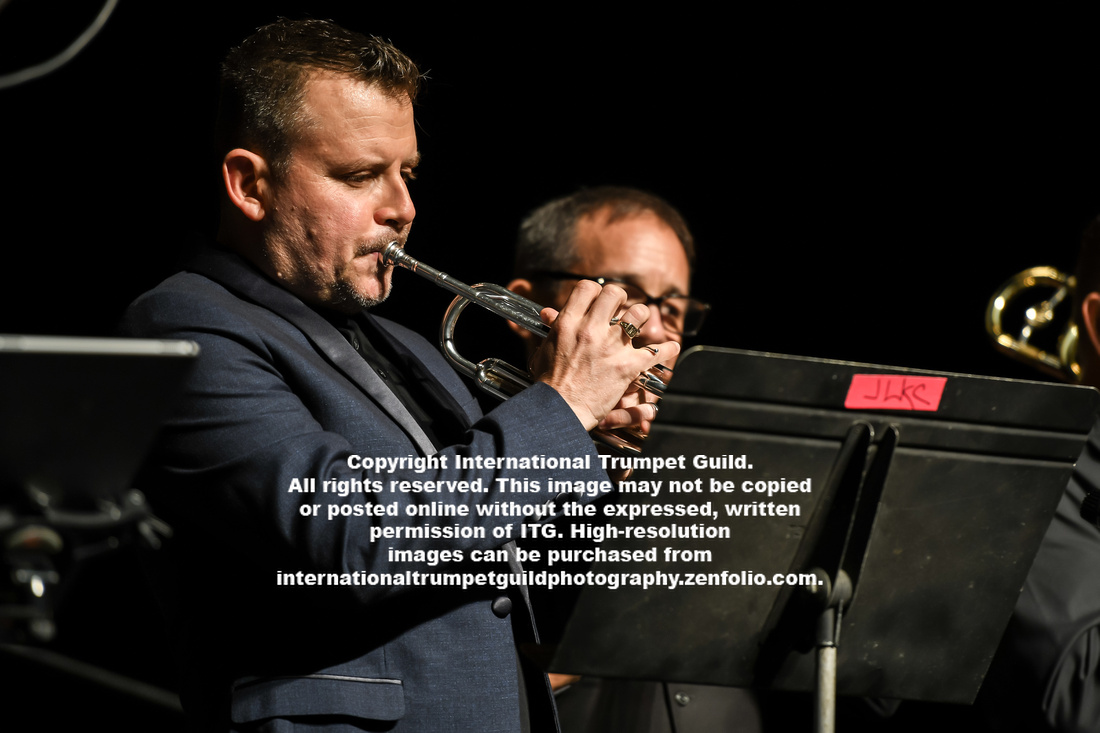 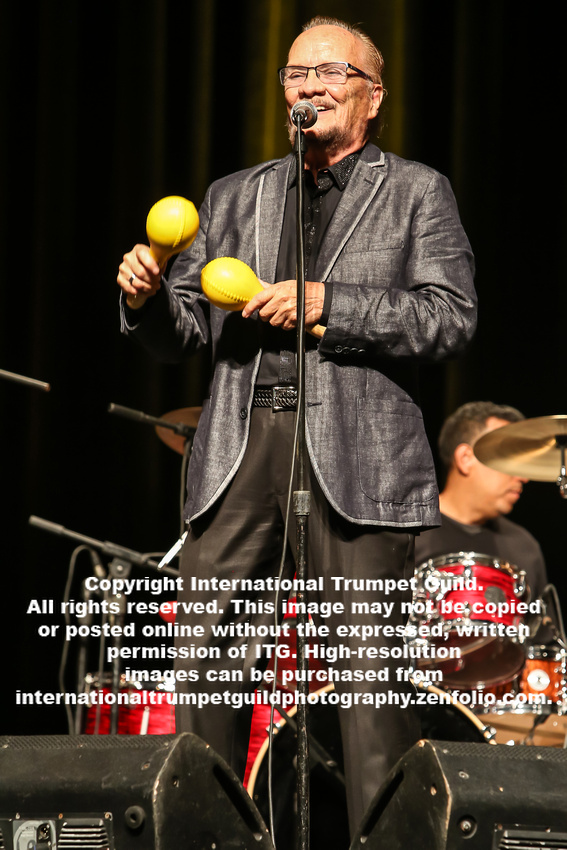 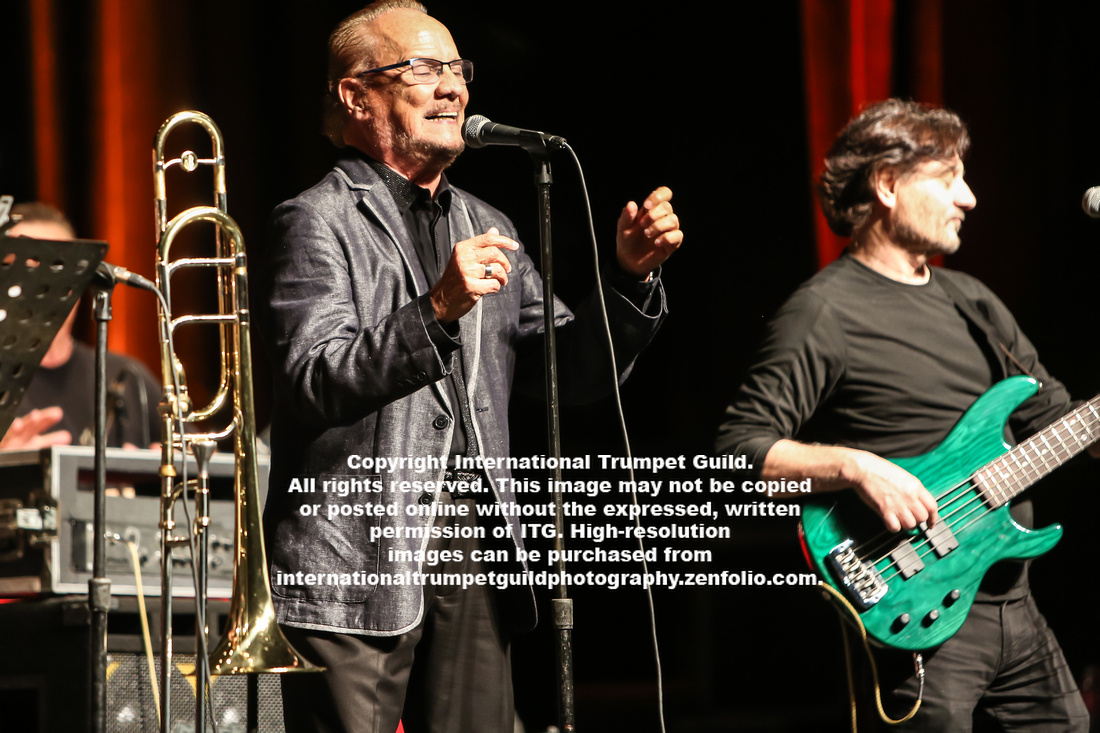 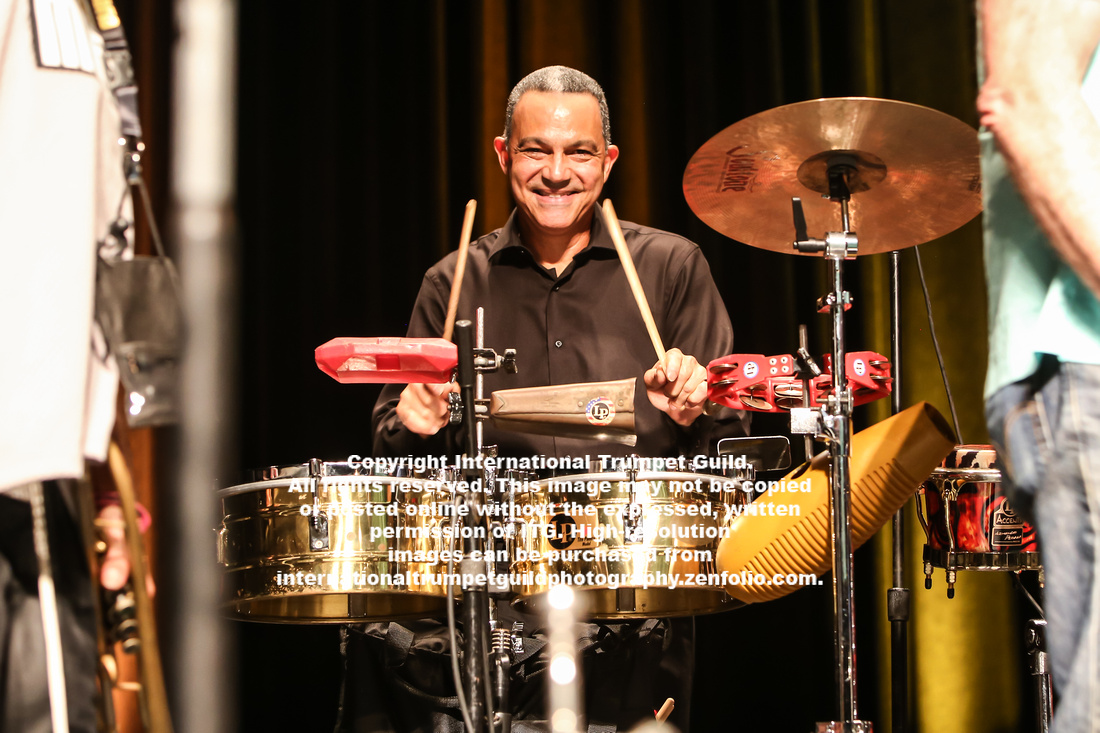