This exciting big band, comprised of some of Philadelphia’s and New Jersey’s finest jazz professionals, launched the concert under Terell Stafford’s leadership with a fiercely played rendition of McCoy Tyner’s Passion Dance. From the get-go, the band’s rhythm section, led by drummer Steve Fidyk, set fire to this burner, featuring an outstanding, head-turning soprano saxophone solo by Jim Oatts and sky-high lead trumpeting from Nick Marchione. It was apparent early-on that this was going to an energized and swinging concert, and the remainder of the program certainly did not disappoint.

Straight Street followed, featuring a guitar solo and swinging sax section soli, spearheaded by lead alto player Jim Oatts. Following a neat piano intro by Joshua Richman, Stafford played a gorgeous flugelhorn ballad, Blame It on My Youth. The piece also highlighted a solo from tenor saxophonist Chris Farr. Stafford’s flugelhorn playing was luscious and tasteful. Stafford introduced the next selection, Candy, as a tribute to Philadelphia native, trumpet great Lee Morgan. The standard, which Morgan recorded during his hey-day, was covered in an up-tempo style in which Terell’s solo flights brilliantly displayed his upper-register pyrotechnics and improvised ribbons played at blazing speed. Over multiple solo choruses, Stafford’s swinging style had the audience highly engaged, inspired, and definitely amazed. The 1960s Linda Scott hit (written years earlier by Jerome Kern and Oscar Hammerstein II) I Told Every Little Star was delivered in a novel Mambo style by arranger Michael Mossman and featured a cool call-and-response segment between the ensemble and the tenor saxophone. Alto saxophonist Chris Oatts delivered a tasty solo, and the ensemble pulsed its way through the ending chorus.

Stafford assumed the soloist role again on Blues on the Corner. Here and elsewhere throughout the evening, Stafford’s playing was pure, unadulterated energy and intensity. His gorgeous flugelhorn tone was mesmerizing. The Great American Standard My Shining Hour was a fast-tempo swinger in which tenor saxophone and trumpet responded to each other. Trumpeter Marchione’s spirited lead playing and ensemble drive via drummer Steve Fidyk helped command the ensemble throughout the tune. Manteca, the Afro-Cuban bebop classic from Dizzy Gillespie and Chano Pozo, was rendered in its original style with Marchione assuming the Gillespie spotlight. Alto saxophonist Dick Oatts added a superb and intense solo. The piece ended the band’s stellar performance for the evening, and the audience left enthralled. (NM) 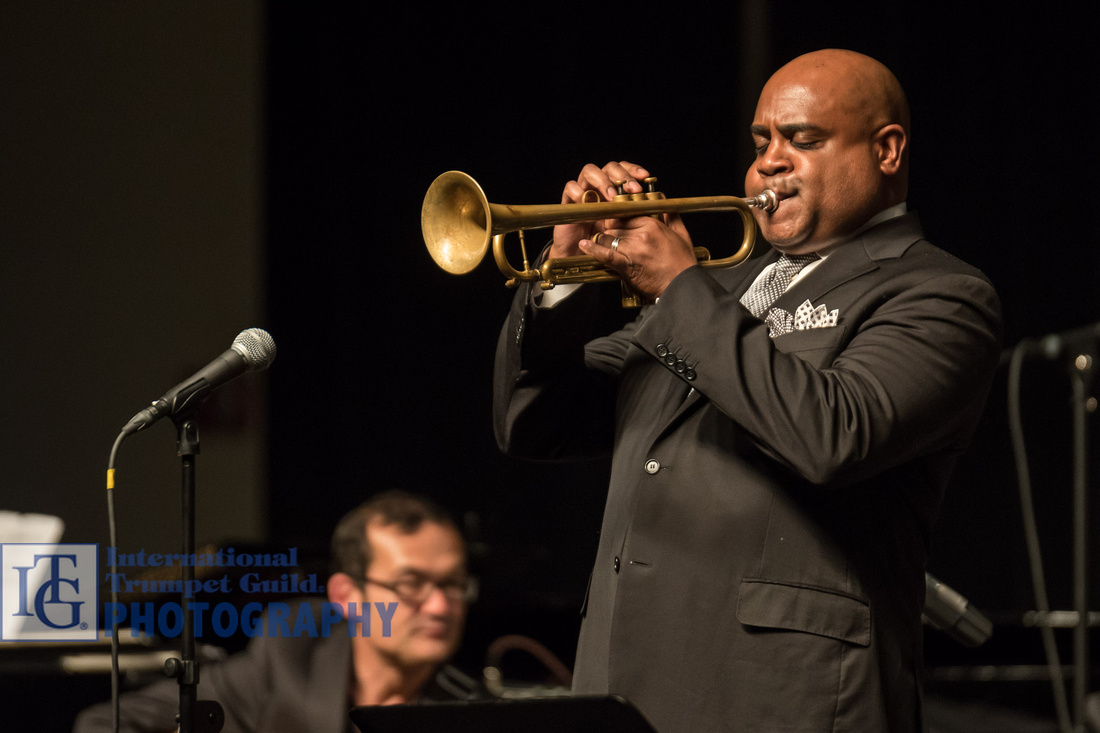 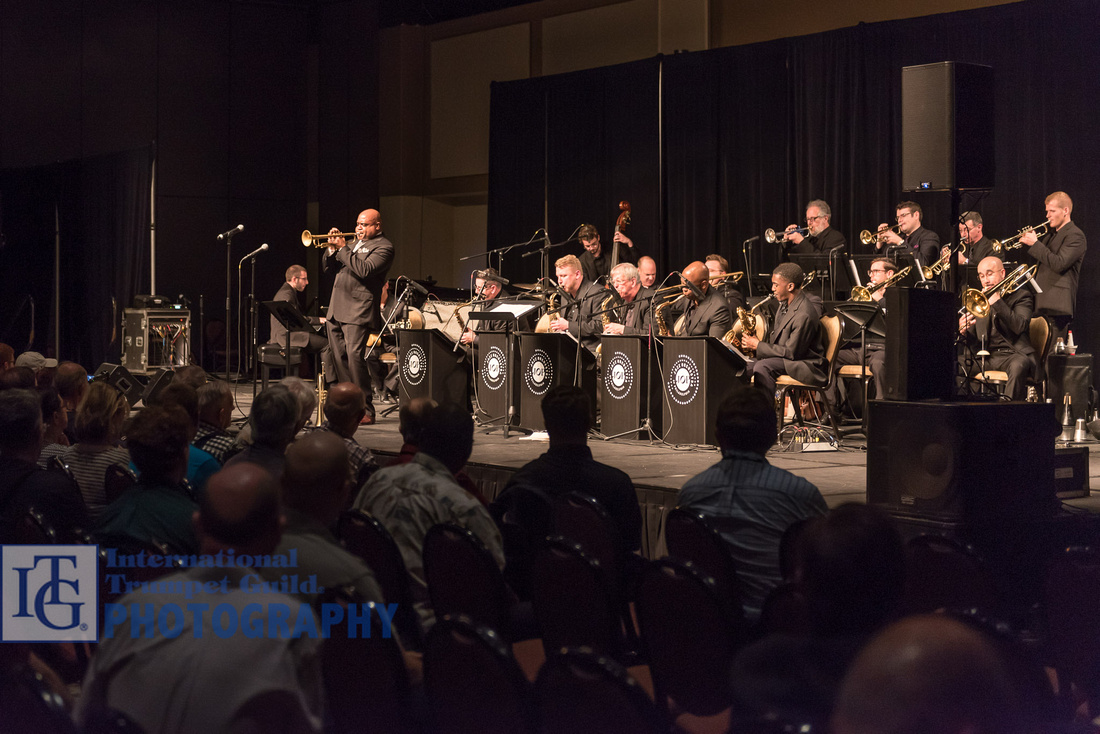 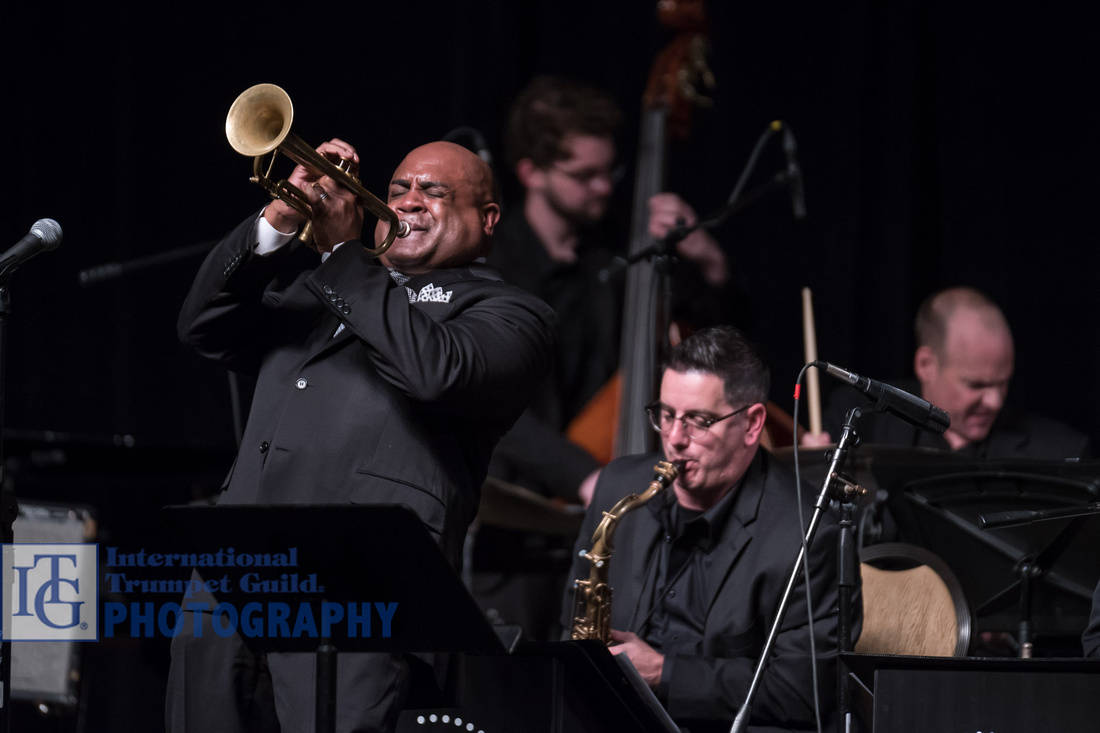 Andrea Motis, the sensational young jazz artist from Barcelona, Spain, captivated Thursday night’s audience with her spectacular performance. Her set included marvelous arrangements of such classic standards as Lazy River and Honeysuckle Rose, as well as original compositions from her newly released solo album, Emotional Dance. Although she only sang three of the songs, Motis is a phenomenal jazz singer, and her vocals make an excellent complement to her trumpet playing. Her warm, velvety tone is reminiscent of Chet Baker, only with more ease and facility on the instrument. She takes a singing approach to her improvisation that is a tasteful use of classic language with a fresh twist. Supported by a strong performance from the conference rhythm section trio of Tom Lawton, Peter Paulsen, and Chris Hanning, she provided a special treat to all in attendance. (NV) 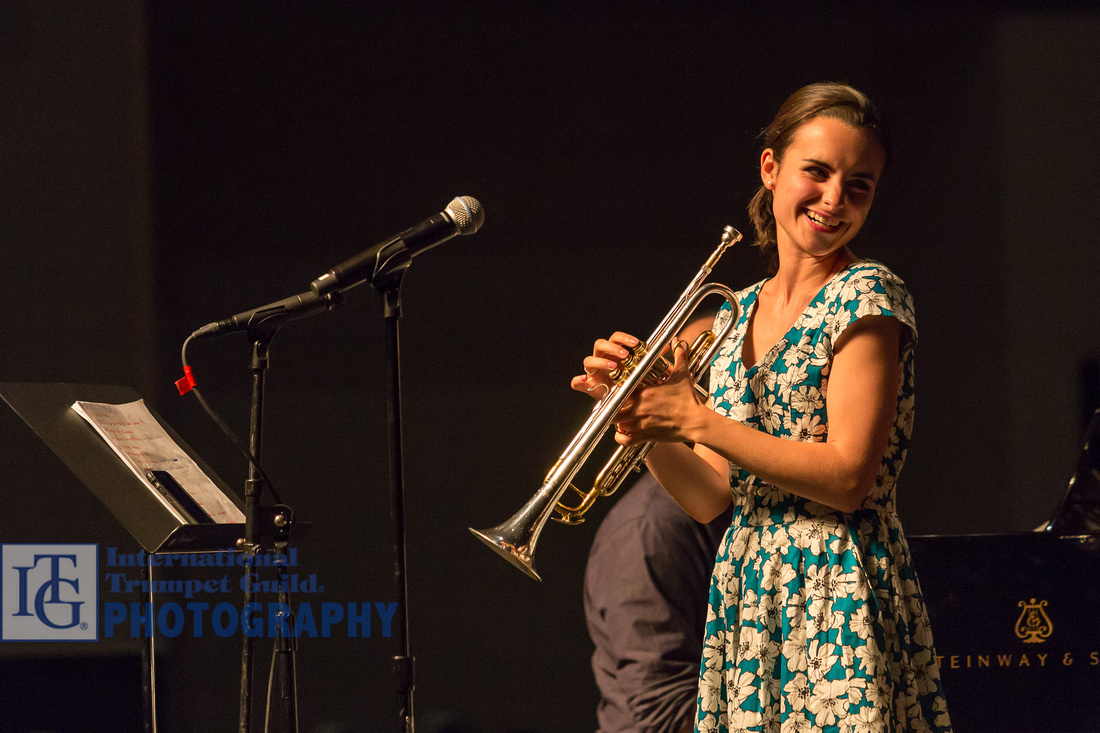 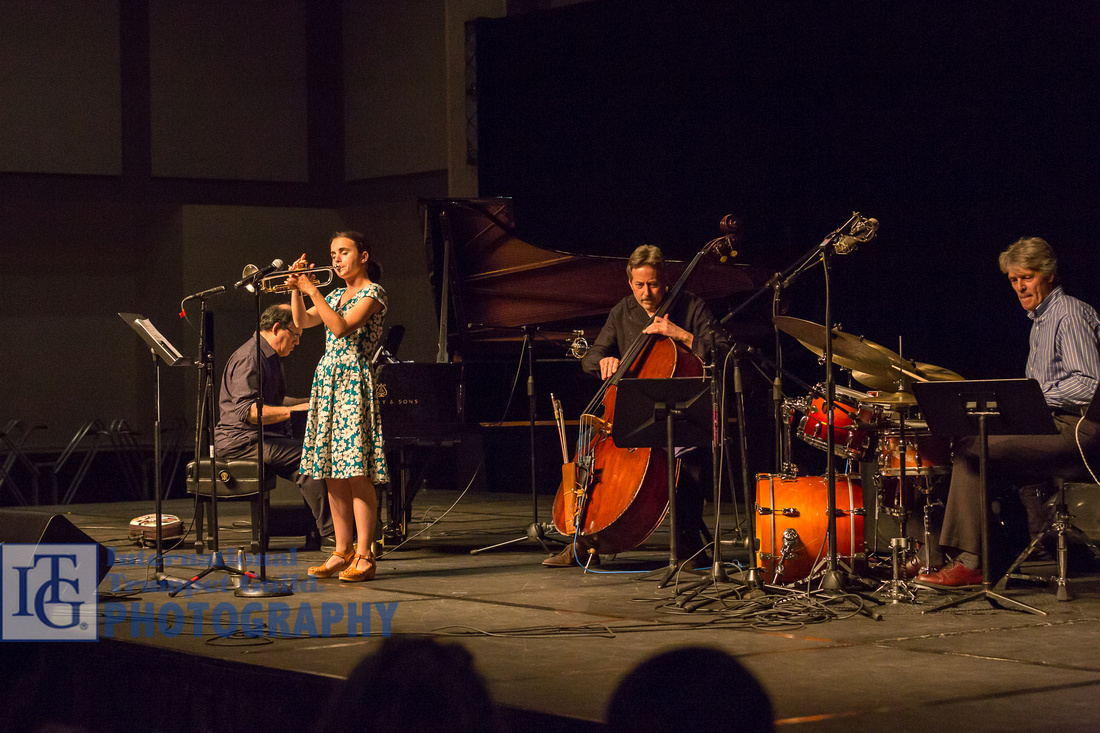